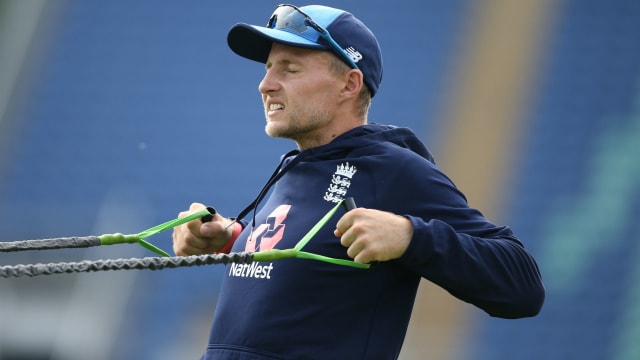 Eoin Morgan admitted it was a tough call to leave Joe Root out of England's side for the Twenty20 series decider against India on Sunday.

With all-rounder Ben Stokes available again after overcoming a hamstring injury, batsman Root was the odd man out for the hosts in Bristol.

England's Test captain watched on as India chased down a target of 199 with ease, opener Rohit Sharma hitting an unbeaten century to secure a seven-wicket triumph for the tourists.

Root's recent form - he had managed nine runs in the previous two games in the series - may have counted against him, but Morgan confirmed the decision to go with Stokes was purely down to his abilities with the ball.

"Dropping Joe is not an easy decision," Morgan - who leads England in both the T20 and 50-over formats - told the media.

"When you look up the balance of the game and trying to win the game on this ground, it came down to Ben as a bowling option.

"If we had Joe as a sixth bowler when we needed it - and we needed it here today - an extra spinner didn't really match up with India well. That was the call we made.

"Joe was understanding but obviously disappointed to miss out. Obviously that changes moving forward into the 50-over games."

Your verdict on the series?

Stokes contributed 14 with the bat in England's total of 198-9 and recorded figures of 0-11 from his two overs in India's successful reply.

Morgan revealed Stokes did not bowl his full quota of four overs for tactical reasons, rather than concerns over his fitness.

"It was tactical - we couldn't get a wicket, so I was chopping and changing trying to get a wicket, or find a wicket, trying to be as unpredictable as we could, but it didn't work," he added.

England and India next meet in a one-day action, with the three-match series getting underway at Trent Bridge on Thursday.