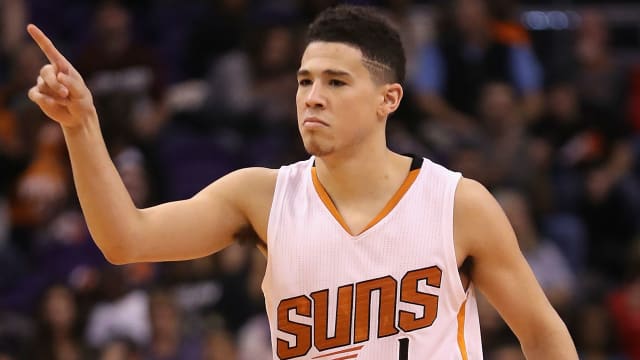 The Phoenix Suns locked up shooting guard Devin Booker to a max contract on Saturday, the team announced.

Though injuries limited him to just 54 games last season, he also averaged 22.1 points in 78 games the year prior.

Phoenix used the No. 1 overall pick in this year's draft on center Deandre Ayton. The Suns hope he can partner with Booker to push for a playoff spot in the loaded Western Conference.

Booker's career is off to a strong start.

He is also the third youngest to reach 4,000 career points (after LeBron James and Kevin Durant), and he averaged the second-most points per game (24.9) by a guard aged 21 or younger (Michael Jordan - 28.2).