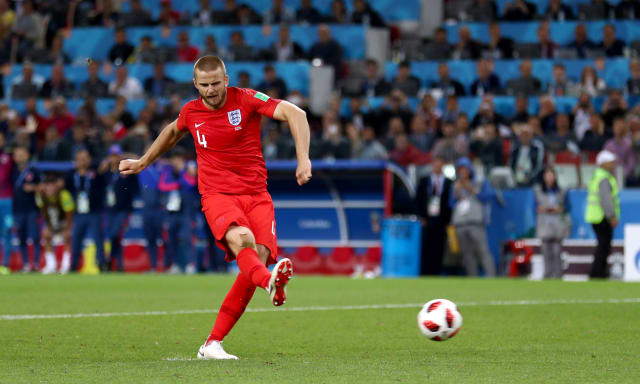 Optimism over England's chances at the World Cup are rising rapidly according to statistics from Twitter, with mentions of the phrase "it's coming home" increasing among social media users.

England defeated Colombia in their last-16 encounter on Tuesday night.

In contrast, Harry Kane's last-minute winner in England's opening game of the group stages against Tunisia triggered a response that peaked at 52,000 tweets per minute.

The two biggest spikes during the last-16 match came with the two goals - Kane's penalty to give England the lead early in the second half, and Yerry Mina's injury-time equaliser that sent the game to extra time and ultimately penalties.

The two goalscorers were also the most talked about players on the social media site during the game, with injured Colombian star James Rodriguez - who watched the game from the bench - in third.

England now travel to Samara to face Sweden in their first World Cup quarter-final since 2006.