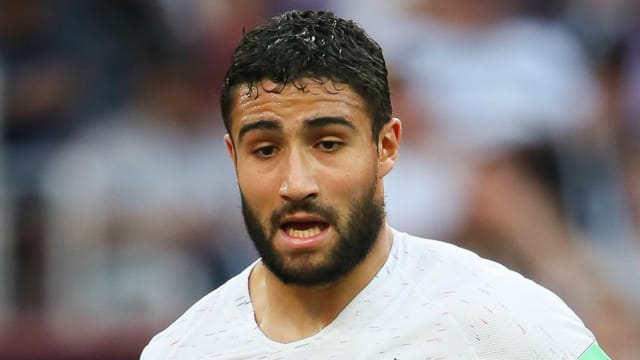 Nabil Fekir will "chase the opportunity" if given the option join one of Europe's bigger clubs, according to Lyon manager Bruno Genesio.

The 24-year-old forward was on the verge of completing a transfer to Liverpool when Lyon pulled out of the deal but speculation around Fekir's future continues to circulate.

Real Madrid have been linked with the France star, who played from the substitutes' bench in each of Les Bleus' first four matches at the World Cup, and Genesio sounded resigned to losing him at Lyon's first news conference ahead of the 2018-19 season.

"He wanted to leave to go on a bigger club than Lyon and he had that opportunity with Liverpool," Genesio told reporters.

"But knowing the situation today, I think he considers all the solutions. If he has an offer from a very big European club, of course he will chase the opportunity. But once again the clubs have to get along, because there are always three parties in this negotiation.

"Having said that, I think that if the situation has to remain the way it is, well he is in Lyon, he is our captain, he plays in the Champions League, he is decisive. Despite his injury he played his best this season for me so the situation isn't terrible."

Genesio was asked about former Lyon midfielder Corentin Tolisso, who is set to line up for France in their World Cup quarter-final in the absence of the suspended Blaise Matuidi.

Tolisso came through the youth ranks at Lyon before joining German champions Bayern Munich in 2017 and his former coach backed the 23-year-old to deliver for Didier Deschamps, if called upon.

"He improved a lot in his ability to manage his emotions. If you take the game against Australia, it was his first ever World Cup game. He was stressed, which is understandable. But now he is well settled in the tournament so there won't be any issue on that matter."