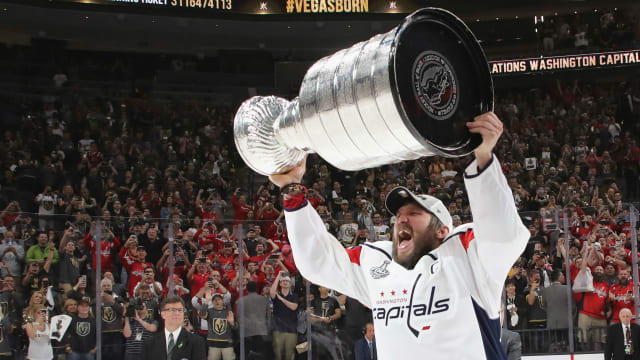 Washington Capitals captain Alex Ovechkin is back home in Russia, where his recently won Stanley Cup is currently second to another trinket.

Ovechkin guided his side to NHL glory and has now returned with the trophy to his home country, where World Cup fever has engulfed Russia.

And now the 32-year-old is looking to combine the two famous pieces of silverware as he offers supporters the opportunity to see the Stanley Cup at a fan festival before Russia's eagerly anticipated quarter-final against Croatia.

"Dear friends, I'll be happy to see everyone who wants to take a photo with the Stanley Cup," Ovechkin wrote on Instagram.

A post shared by Alexander Ovechkin (@aleksandrovechkinofficial) on Jul 2, 2018 at 1:41pm PDT

Ovechkin was earlier in attendance for Russia's stunning win against Spain, although Lord Stanley did not make an appearance for that one.

Russia will certainly hope Ovechkin's gong is not the only silverware they have to celebrate this year...