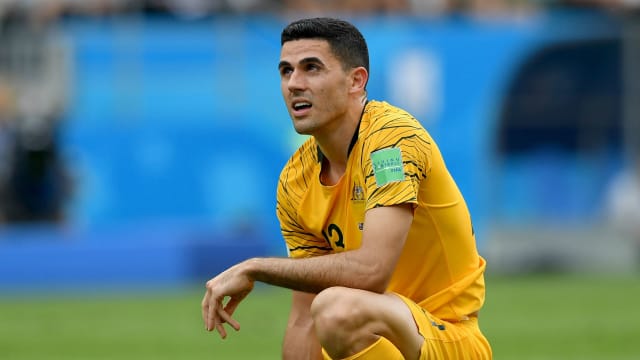 Celtic will be without midfielder Tom Rogic for the first leg of their Champions League qualifying tie against Armenian side Alashkert, Brendan Rodgers has confirmed.

Australia international Rogic has been given two weeks off following the World Cup in Russia, where the Socceroos exited at the group stage after failing to win any of their three matches.

Rogic started all three of Australia's World Cup clashes and will not return to first-team training until after the game with Alashkert on 10th July.

Rodgers has confirmed that all the members of the Celtic squad involved in the World Cup, including Dedryck Boyata and Mikael Lustig, will also be afforded two weeks off when their respective campaigns in Russia are complete.

"He'll [Rogic] have two weeks off from now, so he'll be back when we arrive home from the first leg. He'll be back training on the 12th July," Rodgers told reporters on Friday.

"He won't be playing in the first leg, it's a long season for us and he's just off the back of World Cup preparation and World Cup group stages, so he'll have two weeks free and then come back fresh and ready for hopefully another exciting season."

"All the boys from when they go out, they've got two weeks."

Celtic will have two representatives in the round-of-16 ties after Sweden and Belgium both advanced into the knockout stages, where Boyata's side will tackle Japan and Lustig's Sweden will face Switzerland.

"I'm obviously delighted for Mika because it's obviously a brilliant result that they have had [on Wednesday]. They are through and that is great," Rodgers added.

"Dedryck has gone in and looked very, very good in his games, and they are through as well. We hope they can do well and hopefully they can stay injury free so we get them back fit and ready."