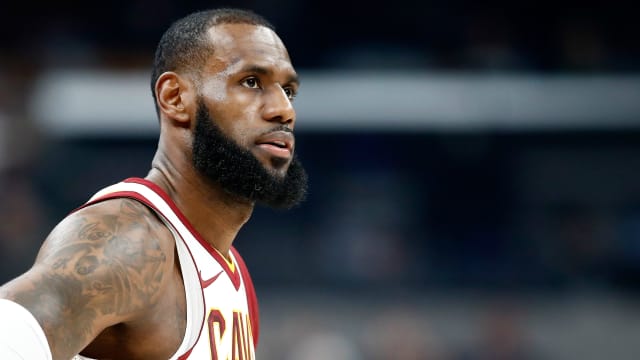 LeBron James has decided to opt out of the final year of his contract with the Cleveland Cavaliers and will become a free agent, according to multiple reports.

Four-time MVP James had an option, worth $35.6million, to remain with the Cavaliers for a further season. However, following a 2017-18 campaign in which the Cavaliers were swept by the Golden State Warriors in the NBA Finals, he has chosen to decline it.

James, 33, is set to enter his 16th season in the NBA. He has played with the Cavaliers for 11 of those seasons, leaving for the Miami Heat, where he won two NBA titles, in 2010 before returning to Cleveland in 2014.

He achieved his goal of bringing a title to Cleveland as they came from 3-1 down to beat the Warriors in the 2016 Finals. However, Golden State defeated James and the Cavaliers in 2015 and 2017, as well as this year.

James has said his next destination will largely depend on input from his family.

The Lakers have been strongly linked to James in recent weeks - he reportedly had conversations with other marquee players, including Kawhi Leonard, about playing together in Los Angeles.

Other teams expected to make a run at James include the Houston Rockets, Boston Celtics and Philadelphia 76ers.

James could ultimately re-sign with his hometown Cavaliers on a deal similar to the one he just opted out of.

Now the wait is on for James to potentially make yet another league-altering decision.