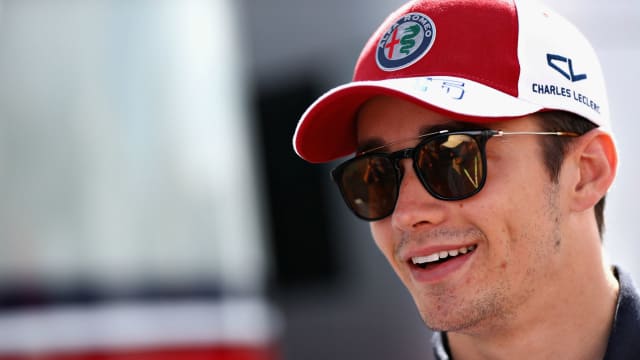 There have been no discussions between Sauber and Ferrari over a potential in-season swap involving Charles Leclerc and Kimi Raikkonen, the Swiss team's boss Frederic Vasseur has insisted.

Leclerc is a member of the Ferrari academy and reportedly viewed as a potential replacement for Raikkonen for next season.

But Vasseur said: "We have a contract until the end of the season and we didn't speak so far about the future. I can understand we have some rumours in the press but it's nothing to do with the reality.

"We are focused on our job, Charles is focused on the Sauber project, and the future will be discussed later on."

Asked by Autosport if a mid-season switch would be a wise move, Vasseur said: "No. I think it's better to finish the season and to have a normal approach and speed of the process. It's not easy."

Leclerc won successive titles in GP3 and Formula 2 before entering F1 and Vasseur has been impressed with how he has handled the hype surrounding him.

"He has a very good learning curve and it's ramping up. I'm very happy, I'm very proud of the job he has done. But he's not world champion," Vasseur added.

"Six months ago he was in the Formula 2 paddock and more or less nobody knew him.

"There is a huge difference between the end of November in Abu Dhabi and today when he's in the middle of every single discussion.

"I am impressed by the calm he has."