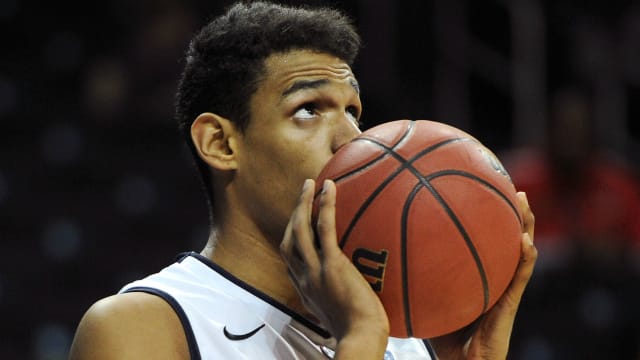 Spain maintained their 100 per cent record in the opening round of qualifying for the FIBA Basketball World Cup with an 83-72 victory away at Slovenia in Ljubljana.

Sebastian Saiz contributed 10 points and 11 rebounds as Spain not only made it five straight wins in Group A but also avenged last year's surprise semi-final exit against the same opponents at EuroBasket.

Luka Doncic played a starring role to help Slovenia win that tournament for the first time but the talented teenager - picked third by the Atlanta Hawks in the NBA Draft before being traded to the Dallas Mavericks - was only able to watch from the crowd as his country slipped to a third defeat.

Slovenia next play on Sunday against Montenegro, who triumphed 80-69 against Belarus on Thursday.

In Group B, Turkey fought back from a slow start to defeat Ukraine 80-66 and book their place in the second round of qualifying.

Despite the disappointing result, Ukraine are also certain to go through after Sweden lost 82-72 against a Latvia side who, propelled by star duo Davis Bertans and Janis Strelnieks, will also progress.

Lithuania remain unbeaten in Group C after crushing Poland 79-61, but Group D leaders Italy were beaten 78-72 at home against Croatia.

Greece eased past Israel 96-78, while Netherlands won 77-52 against Romania and Hungary proved too strong for winless Kosovo, winning 81-65.

In the Asian section, New Zealand crushed Hong Kong 124-65 to remain top of Group A, with nearest rivals China slipping to an 82-74 reverse against South Korea.

Jordan's unbeaten run came to an end as they were squeezed out by Lebanon 77-76, while India remain winless in Group C after going down 81-76 to a Syria team now certain of a place in the next round.

#Korea &  #Syria guarantee 2nd round berth while @FLBB_OFFICIAL win a thriller over #Jordan  Day 1 of the #FIBAWC Asian Qualifiers was  We'll be back tomorrow with Groups B & D #ThisIsMyHousepic.twitter.com/fgsCMqi4Gs

In the Americas, the United States - already qualified from the first round - suffered their first loss in Group C, beaten 78-70 by Mexico.

Mexico have also progressed as Cuba were eliminated after going down to Puerto Rico 84-80.