No ructions in Poland camp after Lewandowski comments, insists Kuba 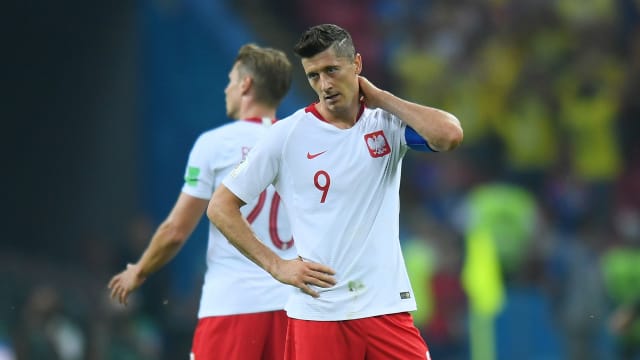 Jakub Blaszczykowski insists there is no ill-feeling within the Poland squad after Robert Lewandowski pulled no punches with his assessment of their early World Cup exit.

After a 2-1 loss to Senegal was followed by a 3-0 defeat at the hands of Colombia, Adam Nawalka's side are left with little more than pride to play for when they face Japan in their final Group H meeting in Volgograd on Thursday.

Following the Colombia game, captain Lewandowski said the team possessed "too little quality", as they failed to build on their promising Euro 2016 campaign, when they reached the last eight and were only edged out by eventual champions Portugal on penalties.

Blaszczykowski skirted around addressing Lewandowski's comments directly, but conceded the squad would have to accept any negativity that came their way.

"When negative results appear, when we lose matches, there are problems," he told a media conference.

"Then some untrue information was available. Today we don't have a lot of arguments in favour of us. We have to accept criticism and it's very easy to take it because our dreams never came true.

"I personally believe that as a player who's spent time in the national team, the atmosphere has not changed. What has changed only is the fact that we lost.

"We have to face it. All in all I think what is most important for us is we have to accept the criticism and resist all those difficult situations because our results were bad, we have not provided sufficient positive arguments.

1 - Poland are the first European nation to be eliminated from the 2018 World Cup. Departing. #POLCOL #WorldCup pic.twitter.com/CQIHHAJxX1

"We have to live on and fight more tomorrow. I would like to express my words of gratitude to all the people who have supported our team, especially in those very difficult moments.

"I also thank journalists who were with us and devoted their private time to support us. You do not always receive the answers you'd expect to but in the last four years we created something very beautiful and we would like to say we're very bitter about losing two games.

"I'd also like to say we invested a lot to be here and we had much greater expectations from ourselves but life goes on and the match tomorrow will be of great significance from the mental point of view because we need to demonstrate that we never give up as a team.

"In the last four years we have provided a lot of positive emotions to football fans so we remember those moments and they'll be of great importance tomorrow. We want to show we're a bunch of guys who never give up."