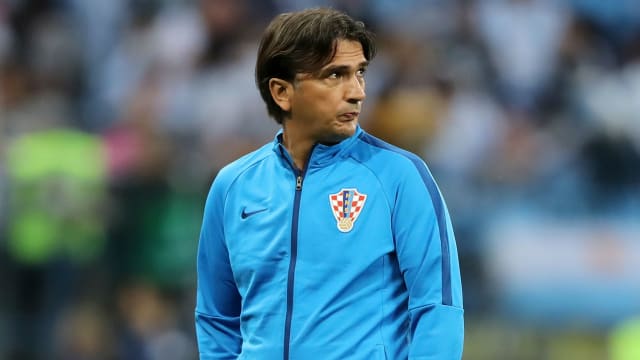 Croatia coach Zlatko Dalic has dismissed the concerns of Nigeria and Argentina as he prepares to rest key players in the Group D match against Iceland at the World Cup.

After beating the Super Eagles 2-0 and La Albiceleste 3-0 to secure passage to the round of 16, Dalic has announced his intention to leave out six players at risk of incurring a yellow card suspension, including Ivan Rakitic and Mario Mandzukic.

While Iceland boss Heimir Hallgrimsson claimed the men Dalic picks in the absence of the stars will be motivated to prove themselves, the decision has incurred the displeasure of the other two teams fighting to progress to the knockout stages.

Dalic, though, has no interest in the plight of Argentina's embattled coach Jorge Sampaoli or Nigeria's Gernot Rohr.

"We've prepared the same way as we did for the first two [matches]," he told a news conference at Rostov Arena.

"We've come here to win, not to concede and to... achieve top spot. I don't care what other teams are saying. We're minding our own business. What others are commenting, that's their business."

Croatia midfielder Milan Badelj added: "What if the shoe was on the other foot?

"All teams try to look ahead and would like to be in the situation before matchday three that we are in. It's up to our coach to prepare the team best to our advantage."

Croatia have been arguably the most impressive side so far at the World Cup, prompting suggestions this team can aspire to emulate the group that reached the semi-finals of the World Cup in 1998, losing 2-1 to hosts and eventual champions France.

"It's very difficult to compare the two generations," Dalic said.

"Football is different, the way the game is played is different. But we have excellent players, just as we did in 1998.

"Maybe this generation plays in bigger clubs, Barcelona, Real Madrid, Inter, Juventus. But the 1998 generation is a benchmark, we remember them fondly. We want to reach them.

"We have great chances, we will take it step by step. It's very difficult to replicate what they did but we will do our best to get as close to them as possible."

Iceland won their World Cup qualifying group ahead of Croatia, thanks in no small part to a dramatic 1-0 victory secured by Hordur Magnusson's 90th-minute goal at the Nordic country's home stadium, Laugardalsvollur, 12 months ago.

"They ruined our holidays because we lost in June of that year and we were dejected, frustrated," Badelj said.

"I'm looking forward to finding a way to win and make amends for that loss in Reykjavik."