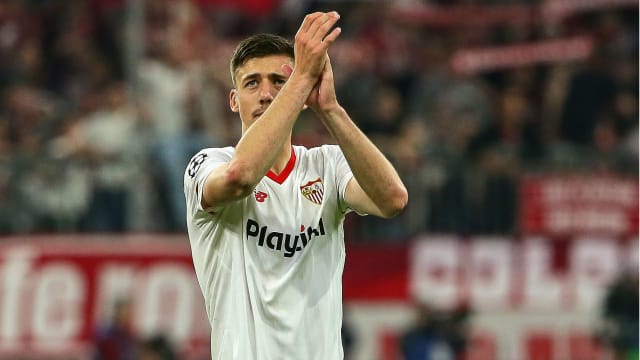 Clement Lenglet is yet to make a decision regarding his future despite appearing on the verge of completing a move to Barcelona, his agent has said.

Defender Lenglet has gained many admirers since joining Sevilla from Nancy in January 2017, quickly securing a first-team role under Jorge Sampaoli and remaining a key figure this season, playing 35 times - more than any of his team-mates - in LaLiga.

Reports of Barca's interest were prominent for much of the campaign and there have even been claims the club already have an agreement with Lenglet.

Sevilla said they were in contract talks with Lenglet last month as they attempted to fend off any interest from Barca.

His exit has long since appeared almost certain, but agent Gregory Dakad told ABC: "I know you're talking about a lot of things, but Lenglet has not yet made a decision.

"He is listening, analysing... although I insist that it cannot be said that he will not be at Sevilla next season."

Speaking on Thursday, Sevilla director of football Joaquin Caparros said the club had received no contact from Barcelona.

"Nothing has come to us," he commented. "Every time there has been interest from Barcelona in a player of ours, which has been many times in recent years, there has been a call from president to president, and a call regarding Lenglet has not occurred."