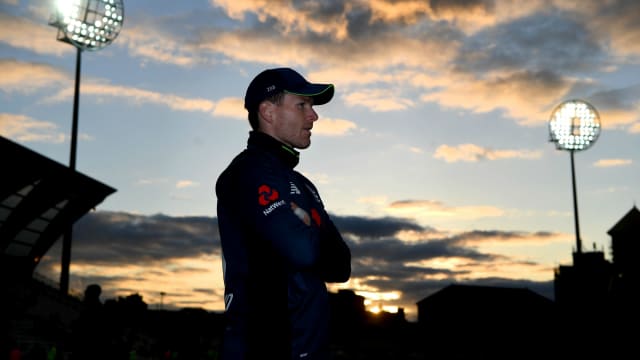 Eoin Morgan believes England will be spoiled for choice when Ben Stokes and Chris Woakes return from injury, with his one-day side dominant even without the two key men.

England are closing in on an ODI series whitewash against Australia, having thrashed the tourists again on Thursday at the Riverside.

Jason Roy, Jonny Bairstow and Alex Hales have all delivered in recent matches - the former a centurion in the fourth game - as England cope well in the absence of injured pair Stokes (hamstring) and Woakes (knee).

And fielding questions on Stokes at Durham, where the all-rounder plays his county cricket, Morgan acknowledged there will soon be a selection dilemma.

"It's not a problem at the moment because we don't have to choose, but down the line it's going to make for a tough decision," the skipper said.

"It's not something I'm looking forward to making, but I'm pleased we're spoiled for guys in such good form at the moment.

"I've been in teams before where there have been guys that can't get a run, so it's a very privileged position for us to be in at the moment."

On the prospect of a whitewash, Morgan added: "A 5-0 doesn't really make a lot of difference.

"It's just another opportunity to put in another really strong performance. We'll have to adapt to some different conditions over in Manchester and we have to keep this momentum going."

England are the top-ranked ODI side in the world and, after the embarrassment of a defeat to Scotland earlier this month, Australia's Aaron Finch admits Morgan's men are now showing their quality.

"The tone they are setting in one-day cricket is the benchmark in the world," he said. "They are playing like the number one team in the world."

6 - Aaron Finch has just become the batsman to register the most ODI centuries against England (6). Record. #ENGvAUS pic.twitter.com/g5OVmxrarO