Dembele will not join a Spurs rival 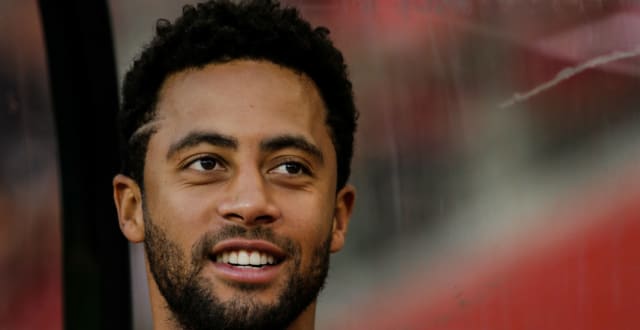 Belgium midfielder Mousa Dembele has discussed a potential exit from Tottenham this summer, revealing he's 'open to anything' as rumours continue to circulate.

The 30-year-old has remained loyal to the north London side since 2012 but, as he enters the final year of his contract, is considering a move away from White Hart Lane.

A wealth of potential suitors have emerged for the experienced midfielder, including clubs in the United States and China, but Dembele has stated he will not consider an approach from another side within English football.

Dubbing Tottenham as 'my club', Dembele revealed he has already held discussions with some of his international colleagues regarding potential destinations.

"Tottenham is my club, my family is happy in London and the children are enrolled in a school - all of which you cannot just leave like that," Dembele told reporters.

"But otherwise I'm open to anything. Since I was little, I am someone who loves an adventure. I have already talked about the championship in China with Axel Witsel.

"But I also talked about the MLS to Laurent Ciman and if someone was playing in Bangladesh, I would also ask him for information.

"There will be time to study the options available to me, but I do not see myself playing in another club than Tottenham in England."

Dembele also hinted that he could retire from international duty after the World Cup in Russia, where Belgium are looking for an improvement on their performance in Brazil four years ago - defeated in the quarter-finals by Argentina.

"This could be my last tournament. I have been playing for the national team for 13 years, since I was 18," he added.

"But I don't want to make a decision now, we'll see after the tournament. I have to listen to my body. It is possible that after the World Cup, I feel that I can play two more tournaments.

"But I can say that I do not see myself playing football with the national team for another six years."