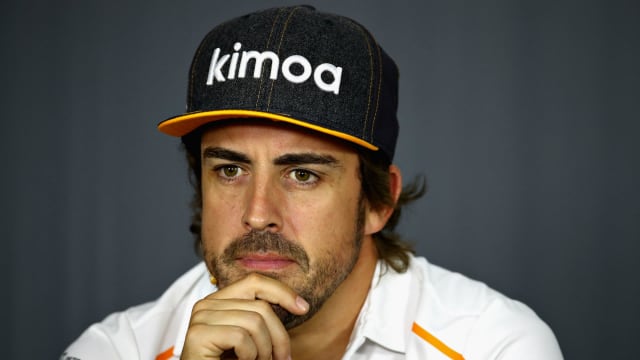 Fernando Alonso will delay a decision on his future in motorsport, amid reports that McLaren could look to sign sought-after star Daniel Ricciardo.

Two-time Formula One world champion Alonso is juggling his usual commitments in 2018 with his entry to the World Endurance Championship (WEC) and won the 24 Hours of Le Mans last week, taking another step towards the prestigious 'Triple Crown'.

The Spaniard re-signed with McLaren in F1 late last year, confirming his contract's "long-term" nature at the time, but his interest in other disciplines means his future is far from certain.

Referencing his delight at being able to compete in the WEC - unlike in F1 - Alonso would not be drawn on his plans on Thursday ahead of the French Grand Prix.

"It would be great to be a more complete driver, winning the Indy 500 and the 'Triple Crown', but I still do not know where my future will be," he told a news conference. "I have not decided anything yet and I will wait until the summer to make decisions.

"It was fantastic to be able to participate in the 24 Hours of Le Mans with a competitive car that allowed us to win and lead the free practice, qualifying and, finally, the race. It was a privilege for me."

On top of the world

Discussion of Alonso's situation follows reports in Germany that Ricciardo, currently of Red Bull, could be offered a huge deal at McLaren.

Ferrari and Mercedes had seemed more likely destinations for Ricciardo, considered a title rival by Lewis Hamilton, but he appears open to the idea of joining McLaren - even if it depends on Alonso.

"I did see [the story]. I haven't been presented anything which says [there is an offer]," Ricciardo told reporters on his arrival in France.

"I'll be honest, everyone is talking about Mercedes and Ferrari for potential places for me to go, but I'm aware there's probably going to be interest from other teams - and I guess McLaren is probably one of them.

"It probably depends as well on what Fernando does, if he stays or if he goes. If he does go, they'll probably want a more experienced driver to come in, but we'll see.

"There are a lot of things to weigh up right now, but nothing really further to comment on that."

Ricciardo's Red Bull contract expires at the end of the year. He is fourth in the drivers' standings ahead of Sunday's race, having won two of the seven races in 2018 to date.