Slater expects to be fit for Origin II 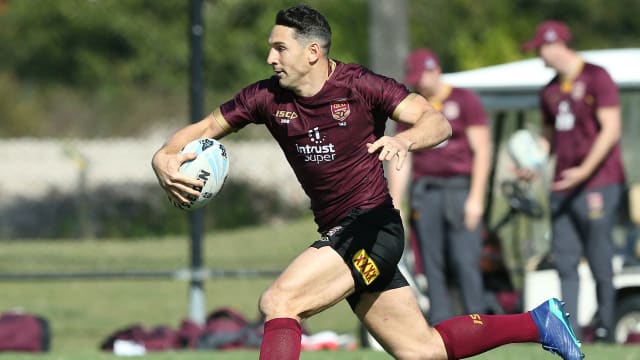 Billy Slater is confident he will be fit for State of Origin II after coming through a training session on Wednesday.

The Queensland Maroons full-back missed the opening game of the series due to a hamstring injury, but was named in the squad to face New South Wales Blues this weekend.

Kevin Walters' side must win at ANZ Stadium on Sunday to keep the series alive and Slater expects to be ready to play his part.

"I wouldn't be in this situation if I didn't think I was going to be right for Sunday." said the 35-year-old.

Maroons prop Dylan Napa was also able to train and a decision on his fitness is set to be made on Thursday.

Slater said he is happy to switch from his usual position to accommodate Kalyn Ponga.

"I think Kalyn is probably going to play multiple positions, and full-back could possibly be one of them; I'm not too sure," Slater said.

"I'm happy to play anywhere for the team, whatever is best for Queensland and our team. Anyone is willing to move around from their specific positions and bend a bit for the team.

"We haven't discussed that as yet but I'm sure Kevvie [Walters] has a plan in his head. He's certainly going to be a great attribute to us coming onto the field when the Blues are a little bit tired and he's coming off the bench.

"He's a dangerous player, he's not a small lad, and he could play a number of positions and even handle the middle of the field.

"We've had Daly Cherry Evans and Cooper Cronk fill that role in the past; Michael Morgan has played that utility role of the bench too. I'm sure Kalyn could hold his own in the middle of the field."