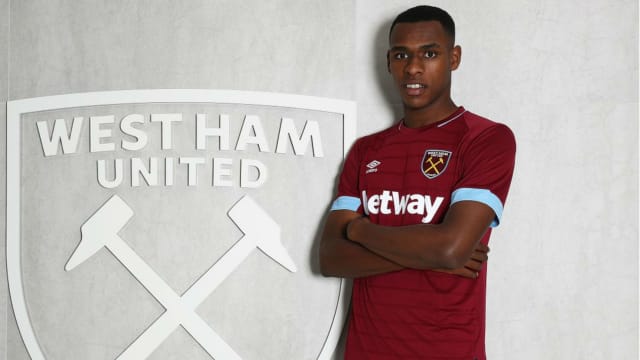 West Ham have announced the signing of Issa Diop from Toulouse, the defender joining for a reported £21.9million.

Although West Ham opted not to reveal the fee for the 21-year-old, the Premier League club confirmed the move breaks the club's transfer record.

Diop was a reported target for Everton and Sevilla, with West Ham claiming they "saw off competition from a host of top European clubs" to sign the centre-back.

"I am very happy to sign for such a historic English club and I hope to show my best here," said Diop, who was appointed Toulouse's captain at the age of 20.

"I am a very ambitious player and West Ham is a very ambitious club, as we've seen with the appointment of the new coach. I hope to help the team win lots of games and make the fans happy."

West Ham's new director of football Mario Husillos added: "Issa is a player with fantastic potential who has already shown great quality at such a young age.

"He has represented France at every youth level up to Under-21 and we believe that he is now ready to make the next step in his career by moving to the Premier League with West Ham."

Swansea City goalkeeper Lukasz Fabianski is reported to be in talks to join West Ham too after Joe Hart's unsuccessful loan spell from Manchester City came to an end.