Federer through, Zverev out in Halle 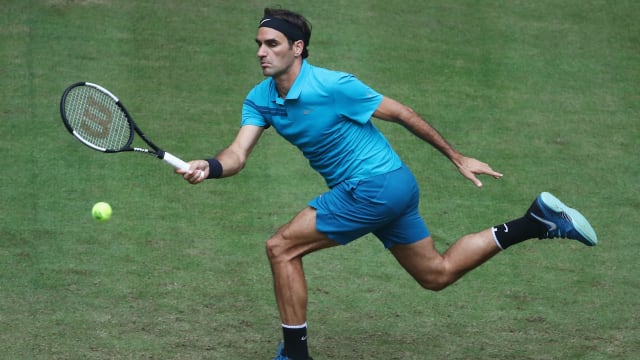 Roger Federer continued his preparations for Wimbledon with a 17th successive grass-court win on Tuesday, but Alexander Zverev was an early casualty at the Gerry Weber Open.

World number one Federer sat out the clay-court season but quickly made up the gap to Rafael Nadal at the top of the rankings by taking the Stuttgart Open title on his return to action.

And now the Swiss great, who needs to triumph in Halle to remain world number one, is up and running in his bid to win the tournament for a 10th time in his career.

After easing past Aljaz Bedene 6-3 6-4, Federer told the media: "For a first round and without much play on this court, it was fine. I'm very happy."

Zverev, on the other hand, was given a rather tougher draw and went down 6-1 6-4 to Borna Coric, who has twice before defeated the German.

An error-strewn performance from Zverev was punished ruthlessly, with brother Mischa also out after a 7-6 (7-5) 6-3 reverse at the hands of Karen Khachanov.

French pair Lucas Pouille and Richard Gasquet were the other seeds to bow out on Tuesday, losing in straight sets to Stefano Tsitsipas and Florian Mayer respectively.