England shatter ODI world record with total of 481 against Australia 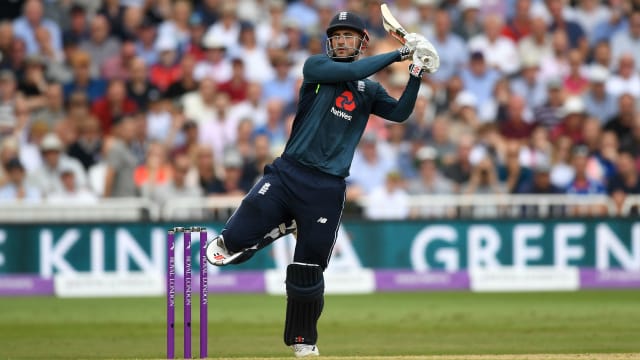 England shattered the world record for the highest ODI score on Tuesday, piling up an astonishing total of 481-6 against Australia at Trent Bridge.

Chasing a third straight win to clinch the five-match series with two games to spare, Eoin Morgan's side made a rapid start after being inserted, Jonny Bairstow and Jason Roy sharing 159 for the first wicket in 19.3 overs.

Skipper Morgan also joined the party, with 67 from just 30 balls, enabling England to comfortably surpass the previous record total of 444-3, which they achieved in August 2016 at the same venue in a match against Pakistan.

Morgan's innings saw him surpass Ian Bell as England's all-time leading run-scorer in ODIs, while Bairstow has now made four centuries in the format this year. No batsman has ever registered more in a calendar year for England.

4 - Jonny Bairstow has claimed his 4th ODI century in 2018 already; no batsman has ever registered more in a single calendar year for England (level with Gower in 1983). Performer. #ENGvAUSpic.twitter.com/gYd206UG3B

England registered 21 sixes and 41 fours, while Australia's bowling figures made for predictably grim reading. Jhye Richardson's three wickets came at a cost of 92 runs, while Andrew Tye returned 0-100 from nine overs and Marcus Stoinis 0-85 from eight.