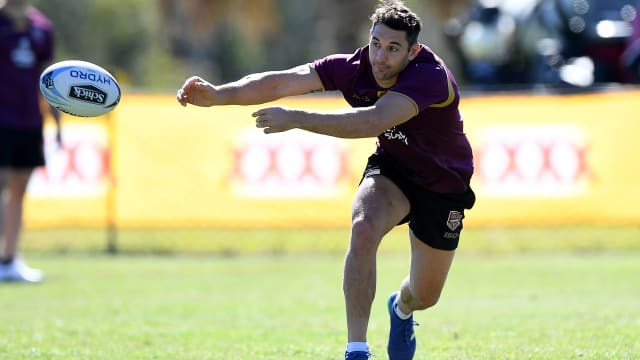 Billy Slater was named in an 18-man Queensland squad as he prepares to make his return in State of Origin on Sunday.

Slater missed the Maroons' 22-12 game-one loss to New South Wales earlier this month due to a hamstring injury.

But the Melbourne Storm star is nearing a return and was included in Queensland's squad for the clash in Sydney.

The Maroons, who were hit by injuries for the series opener, also included Kalyn Ponga and Tim Glasby.

Michael Morgan is out of game two due to a bicep injury, while Anthony Milford was dropped.