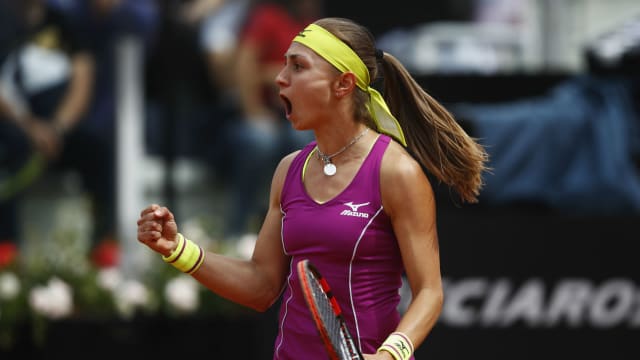 Aleksandra Krunic again showed her resilience to come from behind and defeat Kirsten Flipkens 6-7 (0-7) 7-5 6-1 for her first WTA Tour title at the Rosmalen Grass Court Championships.

The Serbian had been required to show her spirit as she downed top seed and two-time champion Coco Vandeweghe in three sets in the last four, with a similar fightback then required against Flipkens.

Krunic had looked down and out, a set and a break down, but a pep talk from her coach seemed to inspire her and there only looked like being one winner once she drew level.

The early games swung back and forth as a confident Flipkens broke swiftly but then saw her advantage cancelled out after a series of lax shots.

Although Krunic capitalised on the third of three break points to take the lead for the first time, the 25-year-old too then let her position slip and entered a tie-break in which she alternatively found the net and went long, gifting Flipkens the set.

The match looked over when Flipkens moved up early in the second, but Krunic found a second wind and an energetic display, interspersed with measured shots, allowed her to level, taking a third set point.

And Flipkens then imploded, allowing Krunic to break time and again to go on and celebrate a superb win.