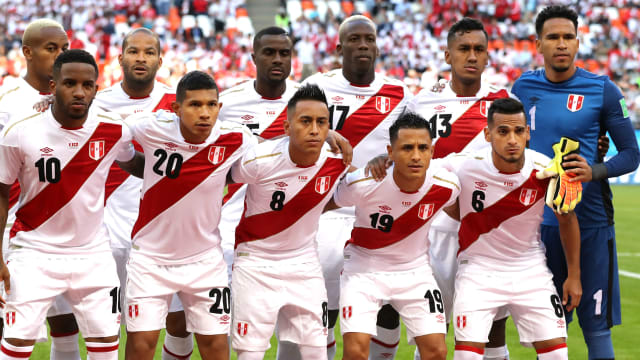 If you weren't a Peru fan before, you probably are now.

Saturday's opening 1-0 loss to Denmark in Group C at the World Cup was cruel, but epitomised why Peru are universally loved on and off the pitch.

Christian Cueva blazed a penalty horribly over the crossbar on the stroke of half-time, leaving the Peruvian on the verge of tears as his team-mates rallied around him and while Denmark made the South Americans pay via Yussuf Poulsen, their fans' support never waned.

Back in the World Cup for the first time in 36 years, Peru have invaded Russia - seas of red and white taking over Moscow and Saransk - the venue for Saturday's Group C opener 630 kilometres east of the capital.

After years of sorrow, Peru have gone to extraordinary lengths to support their team with fans quitting jobs and sleeping on floors to make it to Russia having failed to make the World Cup since 1982.

One fan even reportedly put on weight - the goal being 24 kilograms - to ensure an easy-access match seat to watch his beloved Peru.

And the Peruvians were out in full force at Mordovia Arena, proudly wearing the white shirt with the distinctive red sash as they flooded the neighbouring streets en route to the stadium for a day they had been craving for generations.

Peru - quarter-finalists and semi-finalists at the past two Copa America tournaments under the guidance of Ricardo Gareca - repaid the faith and passion with a typically pulsating performance that has seen them emerge from the shadows in CONMEBOL.

Cueva had the stadium on the verge of raptures until his spot-kick was sent in to orbit, while Paolo Guerrero - who was surprisingly left on the bench having been cleared to play in Russia following a drugs ban - saw his clever backheel trickle agonisingly wide of the post.

Urged on by their adoring supporters, Jefferson Farfan than had his goal-bound shot saved on the line by Kasper Schmeichel.

Peru deserved more. Their travelling fans deserved it too. But Peru did not lose any support, if anything this courageous group of players and lovable nation gained even more admirers.