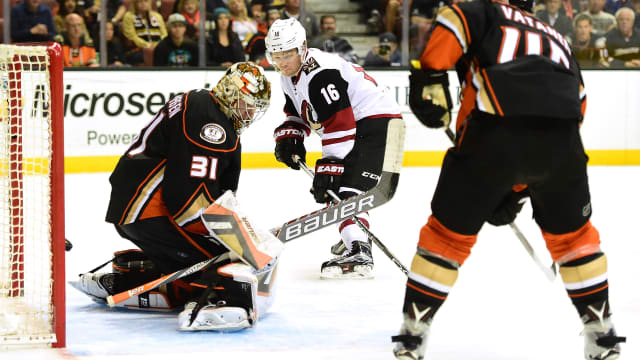 The Montreal Canadiens have acquired winger Max Domi from the Arizona Coyotes for center Alex Galchenyuk, the team announced Friday.

The deal is a straight swap of the two players with the anticipation being that Domi will sign an extension with the Canadiens after the trade is completed, according to Sportsnet. Domi is currently a restricted free agent.

Domi, the 12th overall pick in the 2013 NHL Draft, scored nine goals and added 36 assists for the Coyotes this season.

Galchenyuk scored 19 goals and added 32 assists for the Canadiens.

The Canadiens have acquired forward Max Domi from the Arizona Coyotes tonight, in return for Alex Galchenyuk. #GoHabsGo