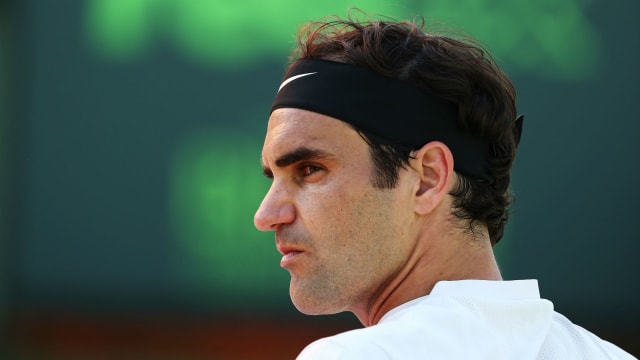 Roger Federer survived an early scare at the Stuttgart Open on Wednesday as he came from a set down to beat Mischa Zverev 3-6 6-4 6-2.

Federer has not featured on the ATP Tour since losing to Thanasi Kokkinakis at the Miami Open, the Swiss opting to sit out the clay-court swing to keep his body fresh.

However, in scenes reminiscent of his early exit 12 months ago to Tommy Haas, Federer took time to find his rhythm on grass and allowed Zverev to gain an early advantage.

Having wasted four break chances in the opening five games, Federer was broken to love when serving at 3-4 - the top seed volleying into the net to open the door for his opponent.

Zverev duly accepted and served out for a 1-0 lead, but turning it into a famous victory proved a step too far.

The pair exchanged breaks midway through the second set but Zverev faltered again when serving to stay in the set, Federer forcing an error at the net from the 30-year-old.

Eight-time Wimbledon champion Federer had finally found his groove and dominated the decider - much to the delight of a packed Centre Court.

A break to love to move 3-1 ahead gave Federer his chance and there was little Zverev could do to stop the 20-time grand slam champion from moving into the quarter finals - where he will meet Prajnesh Gunneswaran.