Zidane unsure of next move amid France links 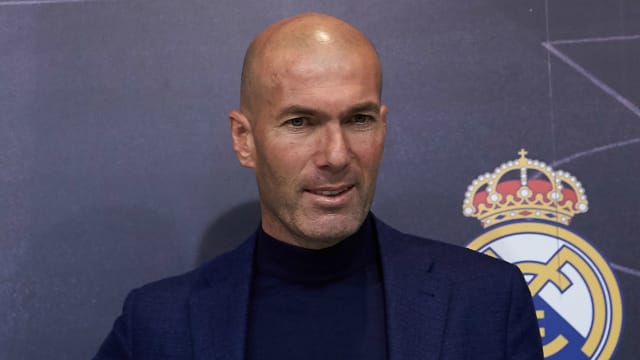 Zinedine Zidane said he is enjoying a break from football and has not made a decision over his next move, while former team-mate and current France coach Didier Deschamps predicted he would one day take his job.

The 45-year-old resigned as Real Madrid head coach in the aftermath of his side's third consecutive Champions League triumph and was quickly touted as a potential replacement for Deschamps should Les Bleus fail to impress at the World Cup in Russia.

Speaking at a promotional event in Paris, Zidane gave no indication of where his coaching career might take him next.

"I've got my feet up and am feeling good," Zidane told reporters.

"The most important thing is the decision I've taken, the rest we'll see."

Deschamps, who lined up alongside Zidane when France won the World Cup in 1998 and the European Championship in 2000, told the media at the national team's training camp that he expected to see his friend take charge of Les Bleus at some stage.

"I don't know what he decided," said Deschamps, whose side will face Australia in their Group C opener on June 16.

"I think for now, he wants to enjoy the rest, his family and loved ones and then after he will definitely be a coach of the French team someday.

"When? I cannot say. But it seems logical. It will happen when it happens."