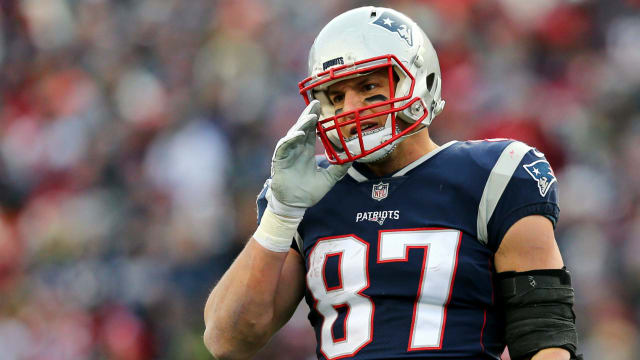 Rob Gronkowski thinks reports suggesting he was going to be traded by the New England Patriots were "fake news."

A team spokesperson denied the reports and said there was "zero truth" to the rumours, according to NBC Sports.

Gronkowski duly addressed the speculation himself on Saturday, telling reporters: "It just shows how much fake news is out there.

"Hashtag fake news, that's all I know. It's true. It exists.