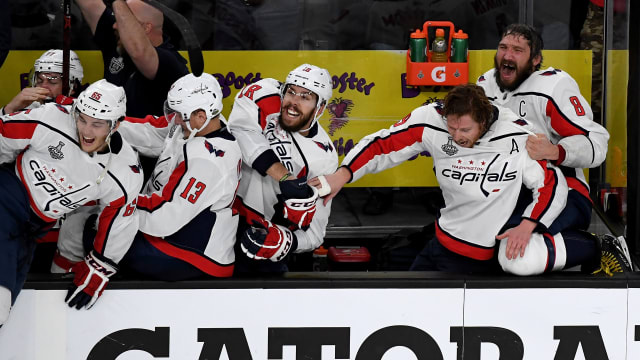 Washington Capitals star Alexander Ovechkin is now an NHL Stanley Cup Champion, a Conn Smythe award winner and the life of the party.

The Capitals edged the Vegas Golden Knights 4-3 in Thursday's game five to claim a 4-1 series triumph.

Moments after the Capitals won their first championship, Ovechkin got the celebrations started the right way.

"Fans we did it," the 32-year-old Russian said. "Get some beers. Get some whatever and start celebrating. We're the Stanley Cup champions! Washington Capitals baby!"

Ovechkin scored 15 goals this postseason, setting a Capitals record and earned his first title in a decorated 13-year career.

He made a point before the season that the Capitals were going to do something special and he reminded everyone of that moments after Washington's win.

"Beginning of the year I said we're not going to be stopped and we're going to the Stanley Cup," Ovechkin told NBC. "And that's all that matters, we won and it doesn't matter how we played before, we just [won] it."