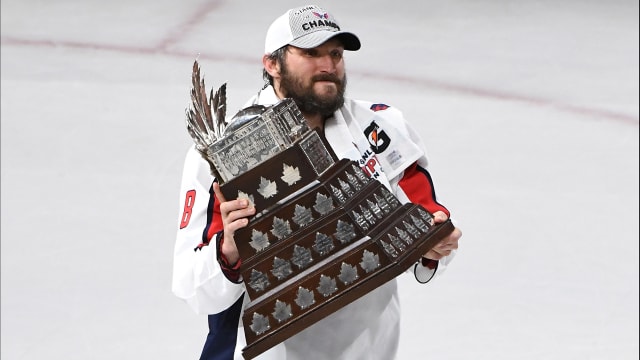 Ovechkin led the way as the Capitals claimed their first Stanley Cup with a 4-3 win over the Vegas Golden Knights on Thursday, which sealed a 4-1 series victory.

With his goal in the second period, Ovechkin tied Sidney Crosby for the most goals in a single postseason (15) in the last 20 years.

Ovechkin also passed John Druce for the most goals in a playoff campaign for the Capitals.

The 32-year-old finished the postseason with 27 points (15 goals and 12 assists) and he is just the second Russian-born player to win the Conn Smythe Trophy - the award for the MVP throughout the series.

Capitals team-mate Evgeny Kuznetsov finished the playoffs with 31 postseason points with 12 goals and 19 assists, while Braden Holtby went 15-6 as Washington's goaltender in the playoffs.

Alex Ovechkin is the second Russian-born player in NHL history to earn the Conn Smythe Trophy, awarded to the most valuable player to his team in the playoffs. #StanleyCuppic.twitter.com/Ct7cB8FLdT