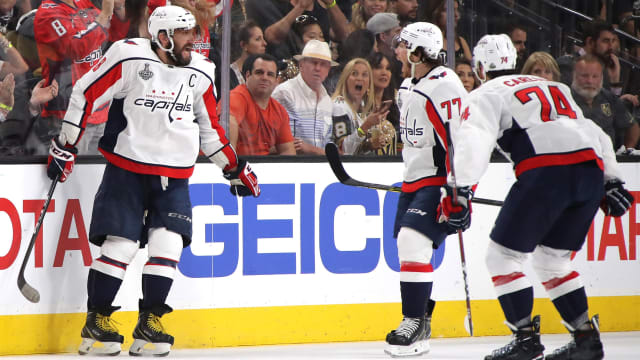 Washington topped Vegas in Thursday's game-five Final clash to seal a 4-1 series victory and a first title in their 44-year history.

The Capitals did so in come-from-behind fashion, scoring two unanswered goals in the final period to take home the victory.

We will keep that part simple, but give the win more justice with three takeaways from the Caps' historic win.

Ask and you shall receive. pic.twitter.com/vAdkNAWb2B

THIS ONE'S FOR OVI

Alex Ovechkin had done everything in his career but win a Stanley Cup Final. He is one of the best scorers ever, but never quite got the respect he deserved because of that one blemish on his resume.

That blemish is now gone and he is a big reason why. He scored a goal in the second period of game five, giving him 15 in the playoffs which passed John Druce for the most in Capitals' history. He also tied Sidney Crosby for the most goals in a single postseason (2009) since 1997.

Ovechkin can finally get the respect he deserves with this win.

BEST PERIOD OF THE PLAYOFFS?

The second period was absolutely incredible. After a scoreless first, these two teams came out firing. Three goals were scored in the span of less than four minutes after there was not a single puck that found the back of the net for nearly 27 minutes of play.

Then after the Caps took a 2-1 lead, Vegas responded with two late goals including one in the final minute from Reilly Smith. Immediately following that goal, a massive fight broke out. There truly is nothing better than the Stanley Cup Final.

The Capitals soared to victory on the strength of two third-period goals after they went down 3-2 on Smith's goal in the second. In the Stanley Cup Final, the Capitals scored in every third period but one and that was a game-two victory.