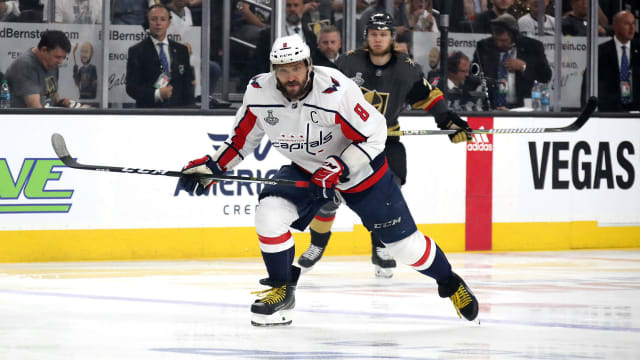 After Kuznetsov added yet another point with an assist in the second period of Thursday's game five against the Vegas Golden Knights, Ovechkin scored a goal of his own less than four minutes later.

That shot gave him the most postseason goals in Capitals history, passing John Druce for the record with 15.

It also tied him with Sidney Crosby for the most goals in a postseason since 1997. The Pittsburgh Penguins star had 15 in 2009.

Alex Ovechkin scores to retake the lead. That's his 15th goal of the playoffs, a new franchise record for goals scored in a single postseason.