Gerrard should be player-manager at Rangers - Goram 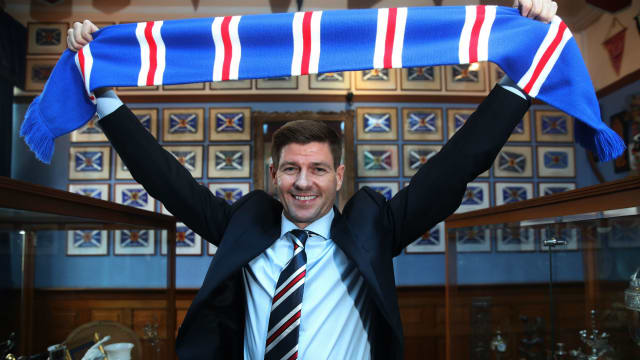 Steven Gerrard's first decision as Rangers boss should be to come out of retirement and be player-manager at Ibrox, according to Andy Goram.

Gerrard took his first step into senior management last month when he agreed to become Rangers' new boss, the former England captain - who retired from playing in 2016 - leaving his role with Liverpool's academy.

The 38-year-old officially took over on June 1 but has yet to make any signings as the Gers look to close the gap on Old Firm rivals Celtic.

Martin Skrtel, Dominic Solanke and Lucas Leiva have all been linked with moves to Glasgow, but Goram believes Gerrard himself should be the first addition to the playing staff.

"If I was Gerrard, the first thing I'd be doing would be getting my boots out because he's 10 times better than what has been in the Rangers team over the last few years," the former Rangers goalkeeper said, as quoted by the Daily Record.

"After watching last season, no one can tell me he couldn't do a miles better job than what there is in there.

"He'd dominate the midfield against any team and it would be a good move."