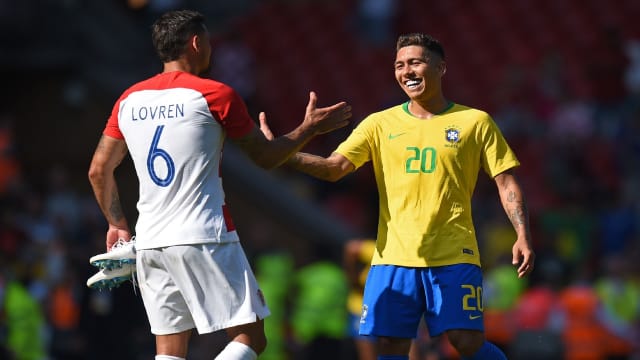 Lovren featured in an international friendly for Croatia against Brazil at Anfield, where second-half goals from Neymar and Roberto Firmino gave the Selecao a 2-0 win.

The Croatia defender said it was nice to be well-received by fans on his first return to Liverpool since the Real Madrid defeat and he hopes his nation can match the Premier League club's run.

"Maybe Bobby [Firmino] had a better reception than me, but I was quite satisfied at the end with the supporters," he said.

"There were a lot of Croatian fans. It was good to be back, although in a different shirt.

"We liked to surprise a few in the Champions League and now [we hope for the same] with the national team."

Despite the defeat, Lovren is optimistic that Croatia can perform well in Russia, where they face Argentina, Iceland and Nigeria in Group D.

"I think in the first half we did quite good, we had chances and they didn't," he said.

"When you look at the result it looks bad, but the most important thing at the end is that everyone is fit and now we prepare for the next friendly.

"We still have 13 days to catch our form and I believe we can pass the group."