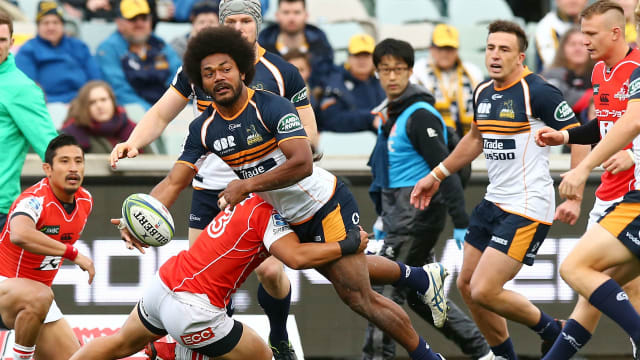 The Brumbies kept their slim Super Rugby play-off hopes alive with a 41-31 defeat of basement side Sunwolves.

Although the two Australian Conference rivals have struggled this season, the Brumbies have managed to just about stay in touch with the sides above them and a second consecutive victory kept the Canberra side in the post-season conversation.

The hosts roared into the lead with early tries for David Pocock and Lachlan McCaffrey, adding another through Thomas Banks before the Sunwolves' Jason Emery responded shortly before the break.

The visitors crossed two minutes after the restart through Hencus van Wyk, but hope of a comeback was extinguished by Andy Muirhead and a quickfire double from Henry Speight and Thomas Cusack.

Speight's second halted the momentum Ed Quirk's try threatened to restore for the Sunwolves, with Harumichi Tatekawa scoring what proved to be a late consolation.

The Brumbies moved to within nine points of the top eight, with three games remaining.