Enough about Balotelli! - Bonucci frustrated by focus on Italy striker 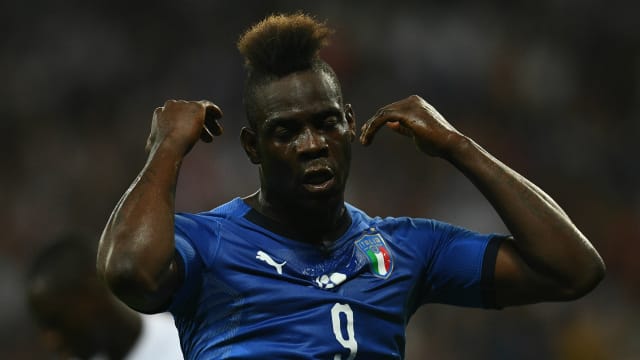 Leonardo Bonucci says it is time to reduce the focus on Italy striker Mario Balotelli after the Azzurri fell to the first defeat of Roberto Mancini's reign against France.

Balotelli struck on his return from four years in international exile in Mancini's maiden match in charge against Saudi Arabia, but only hit the target with two of his six shots at his home ground, Nice's Allianz Riviera.

And Bonucci, who captained Italy despite Mancini suggesting the armband could go to Balotelli, is fed up with the media's focus on the former AC Milan and Manchester City forward.

"He is working hard, he has gained experience and came here with the right attitude, but enough talking about Balotelli. We are a team, we cannot put too much pressure on him or minimise the impact of all the other players."

#Bonucci: "Mistakes happen in defeats. We played well out there, with a bit more awareness and competitiveness it could have ended differently."#VivoAzzurro#FranceItaly

"This can help to gain experience. Nobody likes to lose, ever, but there were moments where we had the chances to make it 2-2," the Italy coach said to Rai Sport. "Naturally, there is a difference between us and France at the moment.

"It was a totally different game to Saudi Arabia and the players did very well. Perhaps the most important thing is that the debutants did well and if we continue like this, in a year we'll be at their level, or close to it.

"At this moment, unfortunately, France are superior to us and have so many players available to them. We must work and learn to get close to them, but we're on the right track."

@FrenchTeam score at least  goals Italy for theth time. Only Austria has also achieved this pic.twitter.com/RBX1qpdYvH

Bonucci agrees the future appears brighter for Italy, who failed to qualify for the World Cup for the first time since 1958.

"This team has talent coming through and we can only get stronger," the Milan defender said. "France have enthusiasm and youth, but also a lot of experience with players at top clubs challenging for major honours. I think they are one of the favourites for the World Cup."