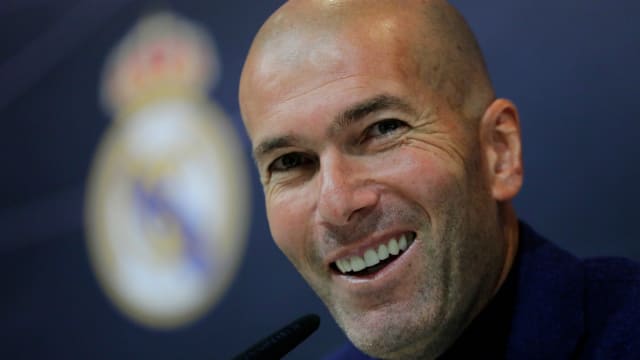 Zinedine Zidane would have been fired by Real Madrid president Florentino Perez had Los Blancos failed to beat Liverpool in the Champions League final, according to the club's former coach Fabio Capello.

Zidane announced his departure at a news conference on Thursday, just five days after leading Madrid to a third Champions League title in his third season in charge.

Perez appeared bereft when he appeared next to Zidane in front of the media, but Capello believes Madrid's president would have replaced Zidane had his side lost in Kiev.

Madrid youth coach Guti, a team-mate of Zidane's, is among the reported frontrunners for the post and Capello believes the former Spain international could be Perez's pick.

"Zidane wanted to make his own choice, before someone else would have been chosen in his place," Capello said to Sky Italia.

"If Real Madrid lost in Kiev, Perez would have definitely fired him.

"Perez may now appoint Guti: it would be his own decision, he wants to show he can do radical choices as he did three years ago with Zidane."

As a player and coach you decided to say goodbye at the top. Thank you for two and a half incredible years. Your legacy will never be erased, one of the most successful chapters in the history of our beloved @realmadridpic.twitter.com/dO6bw74aA3

While Zidane shocked the football world with his announcement, Madrid's star player Cristiano Ronaldo has told reporters he is considering his future at the club.

Capello believes the Portugal international could be keen on a return to Manchester United and touted Bayern Munich's wantaway striker Robert Lewandowski as a possible Ronaldo replacement.

"I think that Cristiano Ronaldo wants to go back to Manchester, to play for United and being coached by his compatriot Mourinho," Capello added.

"Real Madrid would need to recover from Ronaldo's loss in terms of goals scored. The only available name at the moment is Robert Lewandowski.

"[Karim] Benzema might stay, Perez is still a big fan of him."