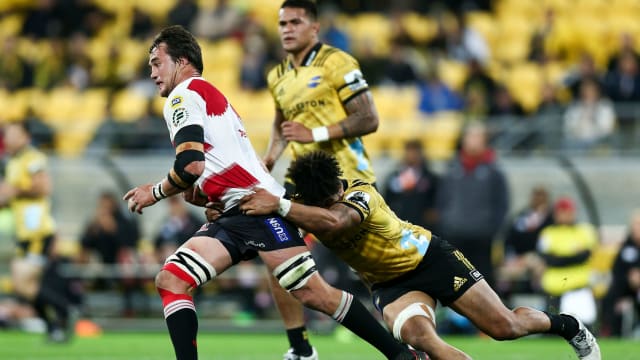 Gloucester have strengthened their squad ahead of next season with the signings of South Africa internationals Franco Mostert and Ruan Dreyer from the Lions.

The duo join Springbok team-mate Jaco Kriel and Danny Cipriani at Kingsholm, as Johan Ackermann looks to build a squad capable of improving on their seventh-place Premiership finish.

Tighthead prop Dreyer and second row Mostert previously played for Ackermann in Super Rugby, helping guide the Lions to back-to-back finals in 2016 and 2017.

"I'm excited about this move, because it's a new chapter in our lives," said Mostert - who has 18 international caps.

"I'm excited to learn about the English league, and also the values of my new team, and the things I've heard from other players are very positive. I hope to bring a new energy to the team.

"I am beyond excited to link up with coach Akkies again, we have come a long way together, it wasn't always the easy way but that is why I have so much respect for him as a coach, and as a role model. He has had a big influence on my life in more ways than one."

- Franco Mostert has made 119 carries and 156 tackles in Super Rugby this season, his combined total of  carries and tackles is the second best of any player (Amanaki Mafi - 288). Cherry. pic.twitter.com/IU34JEucqD

Dreyer - who earned his first Springboks cap last year - also sang the praises of Ackermann, who played a big part in his decision to leave Johannesburg.

"He is a really good coach, and his people skills are probably among the best of the coaches out there, he's a people person and he will always put the team and its players first," said the 27-year-old.

"He will always be honest with you, and you will always know where you stand, that makes it such a pleasure playing under him."