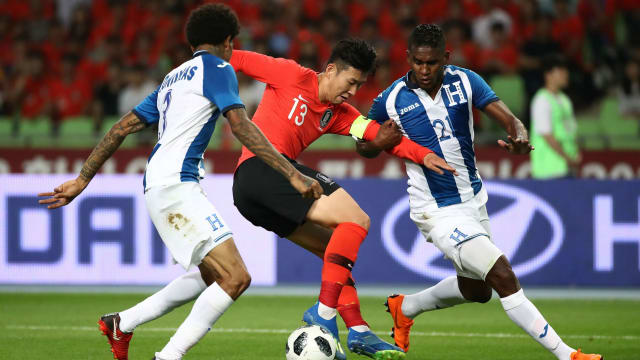 South Korea warmed up for the World Cup with a 2-0 win over Honduras at the Daegu Stadium on Monday.

After a dominant but scoreless first half, the hosts finally found a breakthrough just past the hour when talismanic forward Son Heung-min lashed home a left-footed strike from 25 yards.

That was followed 12 minutes later by a cool close-range finish from substitute Moon Seon-min after impressive work down the left by Hwang Hee-chan.

Earlier, Shin Tae-yong's side could twice have taken the lead in the space of three first-half minutes. First, Lee Seung-woo's right-footed effort flashed wide before Tottenham forward Son's clipped effort over the onrushing Donis Escober dribbled agonisingly past the near post.

Son's stunning strike then gave them the lead they so richly deserved before Moon ensured the scoreline more accurately reflected their dominance.

South Korea now face further friendlies against Bosnia and Herzegovina, Bolivia and Senegal before their Group F campaign kicks off against Sweden on June 18 in Nizhny Novgorod.