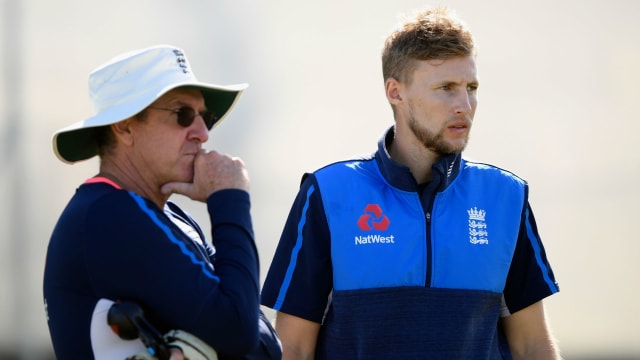 Joe Root and Trevor Bayliss have dismissed spot-fixing allegations made against England players as "outrageous".

Al Jazeera on Sunday aired a documentary which included claims that three unnamed England players conspired with bookmakers to manipulate a passage of play in the Chennai Test against India in December 2016.

"I am aware that there is a documentary and it is outrageous that our players have been accused," he said.

"It's not anything for the guys to worry about, we have to focus on winning [the next Test] at Headingley."

He told Sky Sports: "Outrageous. I knew a documentary was going to be coming out. I wouldn't have a clue what's in it yet, or seen it.

"But, having been there [in Chennai], outrageous is all I can say."

England and Wales Cricket Board (ECB) chief executive Tom Harrison said there was no evidence behind the allegations.

"Neither ECB nor the ICC is aware of any credible evidence connecting any England players to any form of corruption. ECB had been aware of the planned Al Jazeera documentary for some time but have not been given the full content," Harrison said.

"There have been repeated requests for any evidence and unedited materials to be shared with the ICC so they can fully investigate. We, like other member boards, are disappointed that Al Jazeera have not been more cooperative and responsible when making such serious allegations.

"ECB has a regular dialogue with the ICC and its anti-corruption unit, fully supports its work and will continue to cooperate with their review."

Cricket Australia chief executive James Sutherland also said there is no credible evidence to prove that two unnamed Australian players were guilty of corruption in a Test against India last year following allegations made in the Al Jazeera programme.