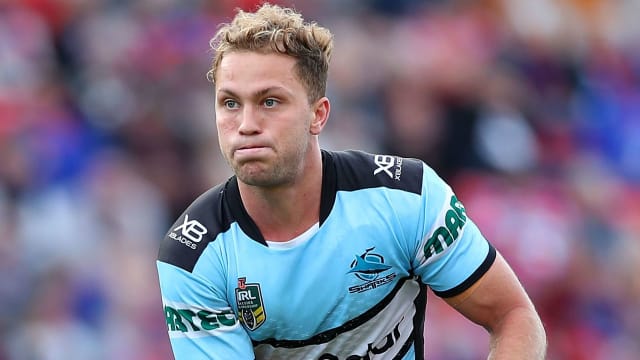 Matt Moylan ran the show as Cronulla Sharks thrashed Newcastle Knights 48-10 on Sunday to keep pace with the leaders in the NRL, while Wests Tigers edged a tight contest against Canterbury Bulldogs.

Valentine Holmes claimed a hat-trick for the Sharks in the rout at McDonald Jones Stadium, where Jesse Ramien opened the scoring after just three minutes, before completing his double in the second half.

Moylan was the real star, though, the New South Wales five-eighth setting up six of his team's nine tries in a timely display ahead of the State of Origin opener next week, with Brad Fittler set to announce his team on Monday.

Ramien has a double! #NRLKnightsSharks 6-44 with 16 minutes to go. #TelstraPremiership#NRLpic.twitter.com/OK1OypXPcV

The result leaves Cronulla, who were without injured prop Andrew Fifita, fourth on the ladder, two points behind leaders St George Illawarra Dragons.

Lachlan Fitzgibbon and Sione Mata'utia touched down in the defeat for the sorry Knights, who are 11th, four points outside the top eight.

In the other match on Sunday, second-half tries from David Nofoaluma and Chris Lawrence, the second of them converted by Esan Marsters, helped the Tigers recover from a 10-4 half-time deficit to see off the Bulldogs 14-10.