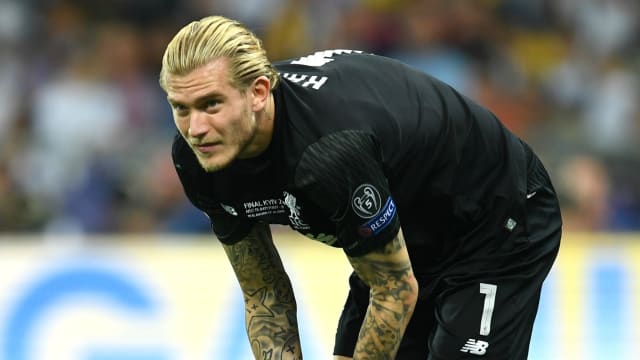 Dejan Lovren and Virgil van Dijk eased the burden on Loris Karius by insisting the under-fire goalkeeper is not solely at fault for Liverpool's Champions League final loss.

Karius assisted Real Madrid's route to a third consecutive Champions League crown on Saturday with a pair of howlers either side of Gareth Bale's sublime bicycle kick.

He first had an attempted throw diverted back into the net by Karim Benzema's outstretched boot and later allowed a speculative Bale effort to burst through his hands.

The crestfallen German offered a post-match apology to Liverpool supporters, but Croatia international Lovren said responsibility for the 3-1 defeat rested with the entire team.

"It's heartbreaking. Something we never saw in our heads before the game," Lovren said of the result in an interview with the BBC.

"They scored a goal, surprisingly I would say, and we tried to come back but [then Bale] scored one of the best goals I've ever seen.

"People will point fingers at the goalkeeper but we win together, we lose together. We will stick behind him. I feel sorry for the fans, I wish we could do better.

"We promise we will come back even stronger next year."

Gutted, I'm so sorry thanks so much to our amazing fans who has supported us all season.   #LFC #YNWA pic.twitter.com/jWAxz7dpYo

"I think at times we made it very difficult for Real and unfortunately we lost," said the Dutchman.

"Everyone is disappointed but it's not only one player who gets the blame.

"In the end we should be proud of ourselves, to be here, to represent Liverpool. I think almost every team in England wants to be in our position."