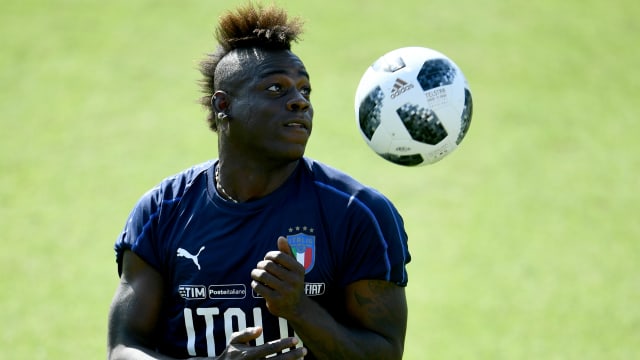 Balotelli has not appeared for Italy since the 2014 World Cup in Brazil, having been overlooked by former bosses Antonio Conte, Gian Piero Ventura and caretaker Luigi Di Biagio.

But the eccentric former Manchester City, Inter, AC Milan and Liverpool frontman is back in the Italy fold, recalled by new head coach Roberto Mancini after scoring 43 goals in two seasons at Ligue 1 side Nice.

As Italy prepare to face Saudi Arabia on Monday, France (June 1) and Netherlands (June 4), Bonucci praised the 27-year-old for his maturity.

"Being captain of the national team is definitely something you can feel," Bonucci told reporters ahead of the clash in St Gallen.

"There's a strong sense of responsibility, but what surpasses everything is pride. I want to be a true example for the rest of lads, also Mario who among other things I've found changed, matured."

Balotelli added: "It's strange not to find [Daniele] De Rossi and [Gigi] Buffon here, team-mates and above all friends for a lifetime. Sooner or later though we all have to say 'enough'.

"I've felt it a bit, not laughing at Coverciano with Gigi and Daniele, but I learned a lot from the great champions of the recent past and I hope I can pass on the values I got from them.

"If Buffon came back? As always, he'd be an added value."