Neuer will not be a World Cup back-up - Low 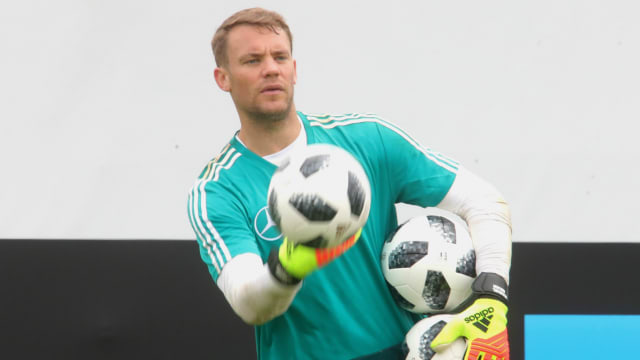 Joachim Low has confirmed Manuel Neuer will only travel to the World Cup as Germany's number one.

The Bayern Munich goalkeeper has not played a minute of competitive football since sustaining a long-term foot injury on club duty in September.

He will look to regain a measure of match fitness in two pre-tournament friendlies in June but is facing pressure to hold the shirt ahead of Barcelona's Marc-Andre ter Stegen.

Low, though, is adamant Neuer will start provided the 32-year-old is ready to face Mexico in the opening group game on June 17.

"Yes, I think so. If he travels with us, he will certainly play," Low said in an interview with Sportschau.

The inclusion of Paris Saint-Germain's Kevin Trapp and Bernd Leno of Bayer Leverkusen in a 27-man preliminary squad offers room to move should Neuer fail to convince.

But it is Ter Stegen who provides the most attractive alternative and Low would have no hesitation in fielding the 26-year-old.

"I have no qualms about entering the tournament with Marc-Andre ter Stegen as number one," added the Die Mannschaft boss.