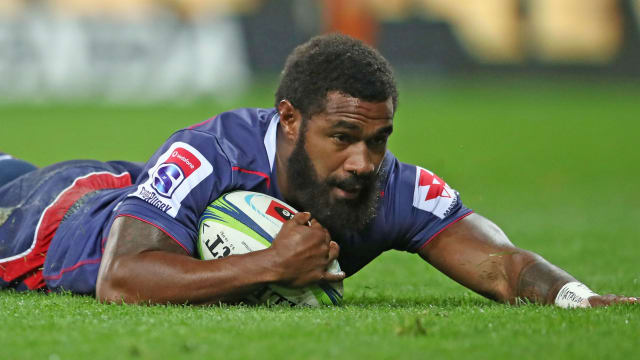 The Rebels' wings ran riot in a 40-13 thrashing of the Sunwolves in Super Rugby on Friday, while the Crusaders had their forward pack to thank for a 24-13 victory over the Hurricanes.

Although the Sunwolves claimed an early lead through Lomano Lemeki at AAMI Park, their hopes of causing an upset soon faded.

Marika Koroibete immediately cancelled out Lemeki's third-minute score and duly completed a hat-trick in the second half, while fellow wing Jack Maddocks claimed two tries as the Rebels secured a bonus-point win to close within one point of the Waratahs atop the Australian Conference.

Friday's first match brought together this season's two leading teams and the Crusaders held on to top spot in the New Zealand Conference with a hard-fought win over a Hurricanes outfit that failed to find any fluency in soggy conditions.

Scott Barrett claimed the only try of the first half in Christchurch for the injury-hit Crusaders, but his brothers Jordie and Beauden each landed penalties to keep the Hurricanes in touch.

The hosts then pulled clear after the interval, Michael Alaalatoa and Heiden Bedwell-Curtis wrapping up victory before Reed Prinsep's solo score at least denied the Crusaders a bonus point.

FULL-TIME | In trying conditions the Crusaders secure the win over the Hurricanes at AMI Stadium in Christchurch#SuperRugby#CRUvHURpic.twitter.com/b1YlbqRS8I