Bad light calls time on Thiem, Wawrinka out in Geneva 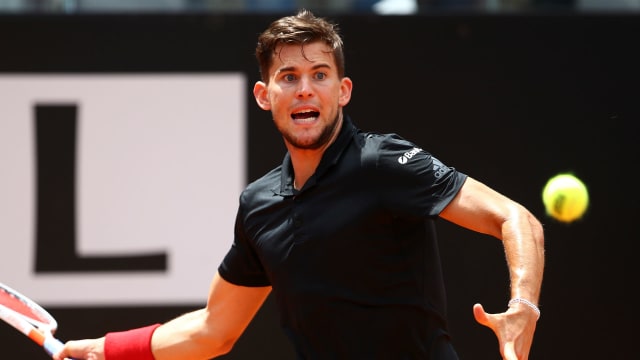 Dominic Thiem's quarter-final contest with Guillermo Garcia-Lopez at the Lyon Open was suspended due to bad light, while Stan Wawrinka slipped to a disappointing defeat at the Geneva Open.

Austrian Thiem, the only man to beat Rafael Nadal on clay this season and tipped as an outsider for the French Open, shared a tie-break apiece with Garcia-Lopez before darkness halted their match.

It is not an ideal situation for Thiem, who has already been on court for over two hours in the contest ahead of appearing at Roland Garros.

John Isner bit the dust in a shock loss to Briton Cameron Norrie, who triumphed 7-6 (7-1) 6-4, while Dusan Lajovic and Gilles Simon progressed with respective wins over Taylor Fritz and Mikhail Kukushkin.

In Geneva, two-time defending champion Wawrinka - a French Open finalist last year -  suffered only his second defeat in four career appearances at the tournament, going down 6-4 6-0 to Marton Fucsovics.

Wawrinka - still on the comeback trail following a knee injury - failed to convert seven of the eight break-point opportunities that came his way, including all six in a disappointing second set.

Second seed Fabio Fognini battled to a 7-6 (7-3) 7-6 (7-5) victory over Tennys Sandgren on his 31st birthday, while Steve Johnson and Peter Gojowczyk defeated Guido Pella and Andreas Seppi respectively to reach the last four.

Johnson had earlier won his second-round tie against Lukas Rosol, but top seed Sam Querrey exited in a three-set defeat to Pella.