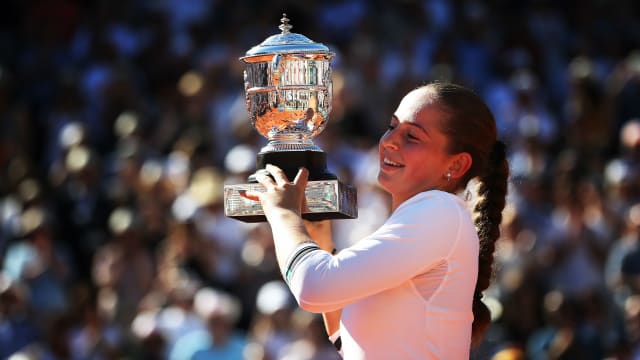 Monica Seles believes it is a "toss-up" as to who will win the women's singles title at the French Open this year -  and believes as many as 15 players will fancy their chances of glory.

There were four different winners at the grand slams in the women's game in 2017, while Caroline Wozniacki backed up her win at the WTA Finals with a major breakthrough at the Australian Open at the start of this year.

Another spanner in the works at Roland Garros is the return of Serena Williams, who will play a first slam tournament since winning in Melbourne 16 months ago after giving birth to her first child last September.

Jelena Ostapenko proved a surprise winner in Paris last year, upsetting now world number one Simona Halep - who remains favourite with the bookmakers to end her own wait for a major title this time around.

And Seles, who won three of her nine slams in the French capital, is excited by what she expects to be a wide-open tournament.

"I always loved playing the French Open because I grew up playing on clay," Seles, speaking courtesy of the Laureus World Sports Awards, told Omnisport.

"So, it really held a special place in my heart and I liked the surface, it suited my game. So, every time it was the French Open, I was looking forward to that season.

"I think this year really is a toss-up [in terms of who can win it]. We saw with the WTA last year and all the four grand slams and the season-ending championships were won by different players.

"This year we saw Caroline Wozniacki break through at the Australian Open which was her first grand slam.

"And, really, I think going into the French you probably have about 15 or so players that if they have a good two weeks, a good draw, then anybody can really win it."