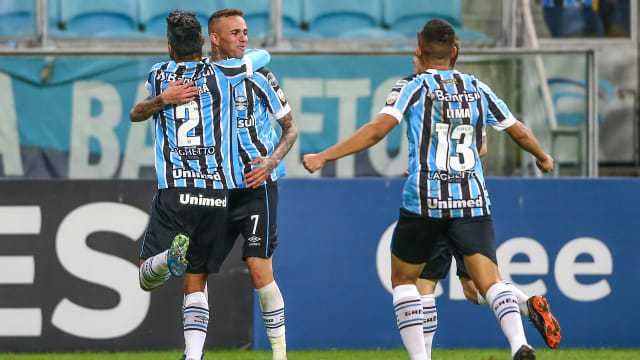 Gremio sealed top spot in their Copa Libertadores group on the final matchday, while last-16 bound River Plate and Flamengo played out a draw.

Having already qualified for the round of 16, Gremio advanced to the knockout phase as Group 1 winners thanks to Wednesday's 1-0 victory at home to Uruguayan visitors Defensor Sporting.

Luan's 66th-minute goal was all that separated the teams - the Brazilian's long-range effort beating Defensor Sporting goalkeeper Gaston Rodriguez at his near post in Porto Alegre.

The win, Gremio's fourth in six matches, ensured the Brazilian side finished unbeaten and top of the group, one point ahead of Cerro Porteno.

Unbeaten duo River and Flamengo closed out their Group 4 campaigns with a 0-0 draw in Buenos Aires.

The stalemate saw River top the standings by two points, with Santa Fe three points outside of the last-16 spots following their 3-0 victory at Emelec.