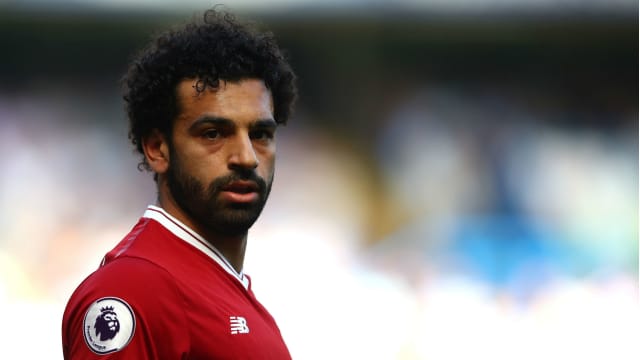 Dejan Lovren says team-mate Mohamed Salah is "definitely" the best player in the world as Liverpool prepare to take on a Real Madrid side boasting Ballon d'Or winner Cristiano Ronaldo in the Champions League final.

Salah has had a sensational first season on Merseyside, scoring 44 goals in all competitions and claiming the Premier League's Golden Boot with 32.

Those performances have seen the Egypt international scoop the Premier League's Player of the Season award and the PFA Players' Player of the Year prize, while he has also been mentioned as a future Ballon d'Or candidate.

And Lovren believes Salah deserves to be in the reckoning for football's top individual honour, putting him alongside Ronaldo and Barcelona star Lionel Messi.

"Of course I spoke to Mo about that [the Ballon d'Or] but it's still an early stage," he told a news conference. "If we win [the final], he's definitely one of the contenders.

"He can be in the top three best players in the world. He has this world-class experience already.

"He is still calm, down to earth and he deserves every credit and every goal he's scored up to now. We will help him to achieve this dream for himself personally."

Asked whether Salah was the best player in the world at the moment, Lovren replied: "Definitely. When you score that many in the Premier League, definitely.

"When you look at Messi and Ronaldo, it's Mo Salah. He deserves to be in the top three."

Lovren is likely to be one of the men charged with dealing with Ronaldo as Madrid go in search of a third consecutive Champions League crown in Kiev on Saturday, but says it will take a team effort to halt the Portuguese forward.

"Ronaldo, Salah, Messi - you need to respect these players a lot. Every year he [Ronaldo] scores 30 goals, even if he has a bad season, so you need to pay attention to that.

"Also, in the Premier League we play against some of the best strikers in the world. We know how to defend like a team.

"When we want to stop Ronaldo, we will stop him together.

"Some parts of the game will be one against one and it will be tough, but it's a challenge I'm ready for. I've been working so hard. I'm ready for everything."