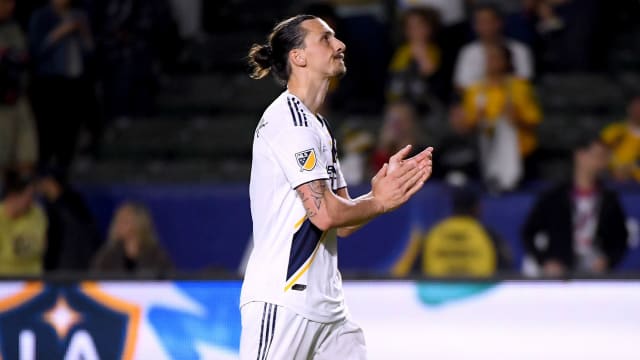 Ola Kamara's goal earned a 1-0 MLS win for LA Galaxy away to Montreal Impact on Monday, the visitors having been reduced to 10 men in the first half after Zlatan Ibrahimovic was sent off for slapping Michael Petrasso.

The former Manchester United striker struck his opponent in the head after Petrasso appeared to back into the Swede and tread on his foot.

Going down to 10 men in the 41st minute did not stop Galaxy from recording their first win in five attempts.

Kamara was the man to supply the decisive intervention, collecting Emrah Klimenta's flicked header and racing towards goal before beating two defenders and Impact keeper Evan Bush with a confident low finish in the 75th minute.