Monfils and Mannarino fail to fly the flag in Lyon 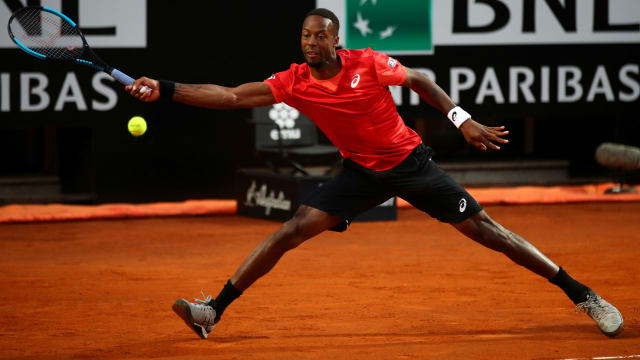 Gael Monfils and Adrian Mannarino will head into their home grand slam on the back of first-round exits at the Lyon Open.

The 69th-ranked German Maximilian Marterer consigned crowd-pleaser Monfils to a 2-6 6-4 6-4 defeat six days before the French Open gets under way.

Monfils will head to Roland Garros on the back of winning just one of five matches on clay this year after the sixth seed was broken once in the second set and failed to recover from being 4-0 down in the decider.

Fifth seed Mannarino went down 6-3 4-6 6-1 to Spaniard Guillermo Garcia-Lopez and also makes the trip to Paris with only one victory under his belt on the red dirt this season.

Gilles Simon - a quarter-finalist in Lyon last year - fared much better day in his homeland, seeing off qualifier Jordi Samper-Montana 6-4 6-2.

Jared Donaldson will be up against Stan Wawrinka in the second round of the Geneva Open following the American's 5-7 6-4 6-0 defeat of Denis Istomin.

Shout it to the rooftops!