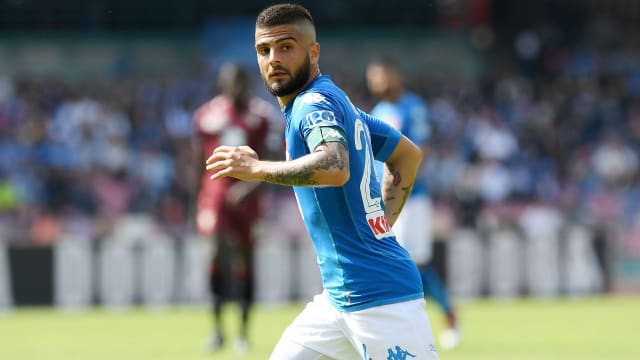 Juve celebrated their domestic double triumph with an open-top bus parade through Turin on Saturday, with several players streaming the event on social media platforms.

Douglas Costa was among the players to do so, with one video on the Brazil winger's Instagram feed showing a fan holding up a coffin-shaped cut-out bearing Insigne's name and the Napoli badge.

The video has since been taken down, and Napoli, who led the way in Serie A for much of the season, have released a statement condemning the "shameful and offensive" behaviour.

"We are truly outraged by the shameful and offensive attitude of some Juventus players," the Serie A club tweeted.

"Serious gestures that offend the dignity of people and a Neapolitan like Insigne. It is unacceptable."

Maurizio Sarri's side round off their campaign against relegation-threatened Crotone on Sunday.